I have to admit that until now, Katharine McPhee wasn't really on my radar. Obviously, I've seen her from time to time on TV and whatnot, but not giving a crap about American Idol, I didn't care about her all that much.

That was until I saw this picture of Tyra Banks squeezing Katharine McPhee's breasts on her talk show, however. Needless to say, my interest is piqued. Especially after reading what Tyra had to say about the whole thing:

"I squeezed her boobs and they are real! They're jiggly and soft."

I have to say, if this is the new direction Tyra's show is taking, I might have to reconsider that whole "Tyra Banks is damn annoying" thing. Unlike Tyra Banks' new Sports Illustrated Swimsuit issue cover, this is the type of ratings stunt I whole-heartedly endorse.

Of course, this little boob grab has definitely brought Katharine McPhee into my line of sight, thus leading me to these other great Katharine McPhee pictures. If you're not a fan yet, I'm sure you will be now.

Lots more after the jump.

Tyra Banks has always said that her role model in life is Oprah Winfrey, and after being really rich, and having a talk show, you can add being pretty fat to her list of accomplishments.

Now, I know some of you are probably going to get mad at me for saying Tyra Banks is fat, but could anyone out there really see her walking down the catwalk looking like that? I didn't think so.

I don't know what Tyra's been eating, but if you ask me, it was probably those Top Model rejects. 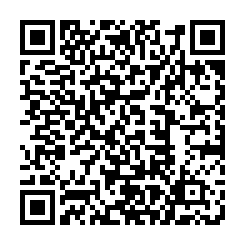